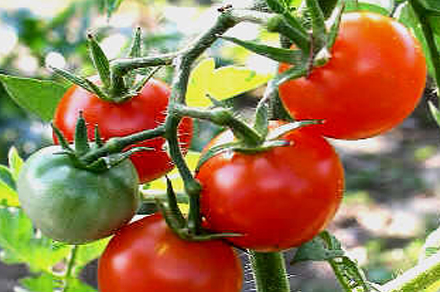 Productive gardens are in vogue again! They’re springing up everywhere. From inner city enclaves to sprawling suburban gardens growing your own is now all the go again.

These days there are few garden designs where we are not asked to include vegetable gardens and fruit trees in our landscape designs. Is this a new twenty first century sustainable concept or is this garden history deja vu?

To answer this question let’s take a quick stroll through the history of Australian garden design.

The first garden in Australia was begun on the January 29 1788, just three days after the arrival of the First Fleet in Sydney Cove on the January 26 1788. Planted by convicts, the garden was situated in Farm Cove, near the site of the Sydney Botanical Gardens. Australia’s first vegetable garden was planted out with seeds brought out from England and collected along the journey from Cape Town and Rio de Janiero. Productive gardens were established shortly afterwards at Government House, where some of the varieties planted included oranges, figs and vines from Brazil and cauliflowers, French beans and strawberries from the Cape of Good Hope.

Our Australian concept of ‘the quarter acre block’ actually originated with Governor Phillip in 1788, who copied the idea from the popular model villages in England, where there was enough land around each house to grow vegetables and have a garden. Eventually as the colony established itself cottage gardens came to include both the productive and decorative. With the arrival of the gold rush came the Chinese and the concept of Chinese market gardens was introduced to Australia.

Incorporating productive gardens into our Australian garden designs has never really disappeared, just gone in and out of fashion. Right now however, the desire for healthy, fresh, organically grown produce has enjoyed a huge upsurge in interest, particularly in our urban centres and despite space restrictions many of us are keen to get involved.

Stay tuned for the next instalment where we give you some insider tips on creating your own productive gardens.