Herbs in the garden – a quick history 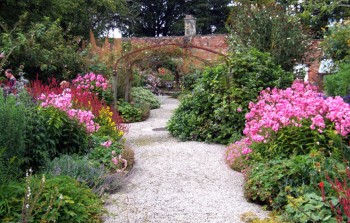 Herb and spice plants are a wonderful addition to the garden and have been used throughout the ages for culinary, medicinal and aromatic purposes.

Here’s a quick trip through history to understand the use of herbs and spices and how they have retained their relevance and importance today.

From earliest recorded time herbs, with their preservative qualities have been used for embalming and funeral rites. Coriander and cumin have been found in ancient Egyptian graves and writings on Egyptian papyrus list anise, mustard, wormwood, cinnamon and cassia in common use for both medicinal and culinary purposes.

Ancient Sumerian clay tablets show that the Sumerians cultivated nearly a thousand different plants, many for culinary and medicinal use, among which were coriander, fennel, marjoram, mint, thyme and caraway. Rosemary played an important part in the ceremonial life of Greeks and Romans and was believed to promote memory retention and ward off insanity. In biblical times, mint, thyme and anise were so valuable that they were used to pay tithes.

People’s desire for herbs and spices, other than those easily obtained or grown was one reason for very early travel and exploration. Chinese herbalists, who have written records going back 5000 years, have contributed much to our knowledge. In the 11th century, Marco Polo entered China and eventually opened up a trade route to Europe. Herbs and spices such as pepper, ginger, cinnamon and cloves formed an important part of his cargo.

From the mid 17th century , with explorers and botanists bringing back new plants, the interest in gardening increased and the wealthy, mainly in Britain and Europe had knot and walled gardens laid out, and much later hothouses and orangeries were built. This enabled people to grow a wide variety of fruits, vegetables and herbs. Many of these gardens have since been restored and are now on view to the public.

In these more affluent households, the still room was used by the women of the house to make medicines, lotions and creams. We owe much of our knowledge about plants grown in these gardens, as well as those found in the countryside at this time, to herbalists such as Turner, Gerard, Parkinson and Culpeper.

In more recent times, we are are now taking the opportunity to learn more about our indigenous plants. The Aborigines, Maoris, Central and South Americans, Native Americans and African peoples, among others, have in the past and still today used many plants which provide healing, health and comfort.

Much of our knowledge about herbs and spices and in particular their healing and medicinal properties has been handed down throughout the ages. This knowledge is even more important today as our natural environment is under threat and more and more indigenous plant life is being destroyed.